TRAVEL BACK IN TIME…

Egg Harbor was the tenth organized town in Door County and was established on July 9, 1861.  A portion of the town organized its own government and boundaries and incorporated as a separate governmental unit in August, 1964.  The incorporated area is today known as the Village of Egg Harbor. 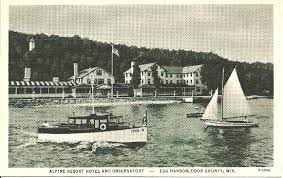 Kewaunkee House is where the Shipwreck resides looking south 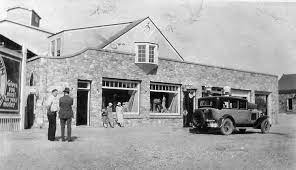 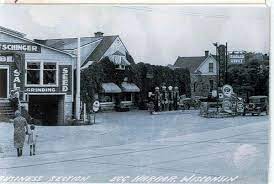 Birnschein’s service station where they are now building condos 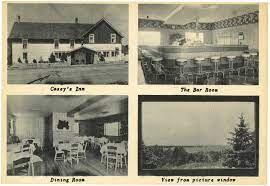 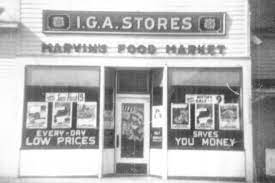 Maxwell House now resides in this building on Hwy. 42 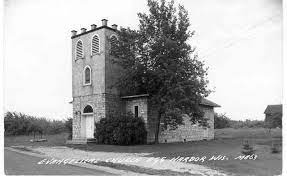 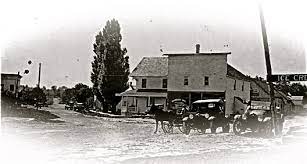 The first settlers in Egg Harbor were Jacob and Levi Thorp who purchased land and began lumbering operations.  Their efforts included building a pier to ship their product.  Levi eventually bought Jacob out and branched the operation to include farming and orchards.  He built the impressive Cupola House in 1871.   The Cupola House is one of the Village landmarks located on Highway 42. 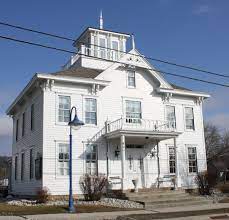 John Bertschinger, a Swiss, came to Egg Harbor in 1904.  He bought the Kewaunee House at the corner of what is now Highway 42 and County G.  He enlarged, remodeled and added a dining room to the facility which he named the “Harbor Inn”.  The land is now the home of the Shipwreck.  John Bertschinger eventually went back to the hospitality business and with his brother Paul built the Alpine Resort which opened in 1922. 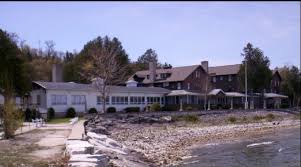 The Alpine remains one of the oldest resorts in the area and was recently sold by the Bertschinger Family.

Another early business was a saloon-hotel built by Canadian Antone La Plant.  The building burned, and was rebuilt as a stagecoach stop called the Concord Hotel.  Today it is called Mojo Rosa’s.

The decades of the 1950’s and 60’s meant lots of growth for the village.  The Village included a drugstore, grocery store, saloons, restaurants, a hardware store, a thriving feed mill, car dealership, gas station/garage and a two-room school on the border.  However, as the community changed, the make-up of the Village also changed.  More residents became seasonal and businesses began to adjust by providing “summer only” stores and shops.

We love Egg Harbor and all it provides to the locals and the tourists.  We hope you visit our charming village this season.  If you do, we still have rooms available.