DO YOU WATCH “THE VOICE”?

Girl Named Tom is an American folk trio who are the winners of season 21 of the The Voice, with the distinction of being the first trio on the American version of The Voice to win the competition. They competed on the team coached by Kelly Clarkson, taking her 4th victory as a coach.

The good news, they are performing at Peg Egan’s Performing Art Center on Sunday, August 28 at 7pm.  Peg’s concert are free, so bring your lawn chairs and carry-ins.  It should be a wonderful concert! 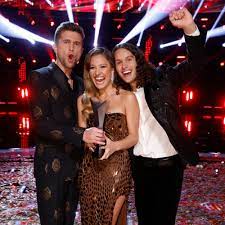