DO YOU BELIEVE IN GHOSTS?

If you don’t believe in ghosts, lets see if your opinion changes after reading some experiences that have occurred over the years in Door County.

Our haunted tour starts in Egg Harbor with the infamous SHIPWRECK BREW PUB right in the heart of the village.

The original building was more than 100 years old, but unfortunately burned a few years ago.  Could it still be haunted, you’ll have to check it out when you visit Egg Harbor!  Do you remember Al Capone, the Chicago gangster?  Al would hide out in Egg Harbor from time-to-time at the Shipwreck.  Supposedly, the ghost that haunts the Shipwreck is Al Capone’s illegitimate son, Jason.  Jason was found hanging in the attic of the original Shipwreck, killed supposedly for fear that he would inform the police on the whereabouts of his father.

Many claimed to see his ghost over the years.  One sighting from a man outside, said it looked like a child on the roof.  The police were called and nothing was found on the roof. 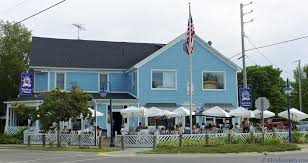 The fire that destroyed the original Shipwreck is believed to have started in one of the bedrooms.  Could that have been Jason’s room?   Are you starting to believe? 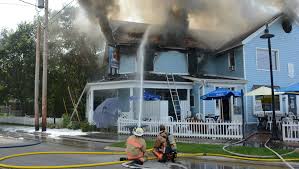 Our next stop, is in the center of Fish Creek.  The ALEXANDER NOBLE HOUSE was rebuilt in 1875, after replacing the family home that was also destroyed by a fire.  Could there be a pattern with our ghosts?

Rumor has it, Emily, Noble’s first wife makes her presence known throughout the house.  One documented picture, and other pictures are of the same image of a woman and her child.  The weird thing, professional photographers have mentioned that their cameras fail to work on the second floor of the Noble House, but work when they leave the house.  Are you believing a little more? 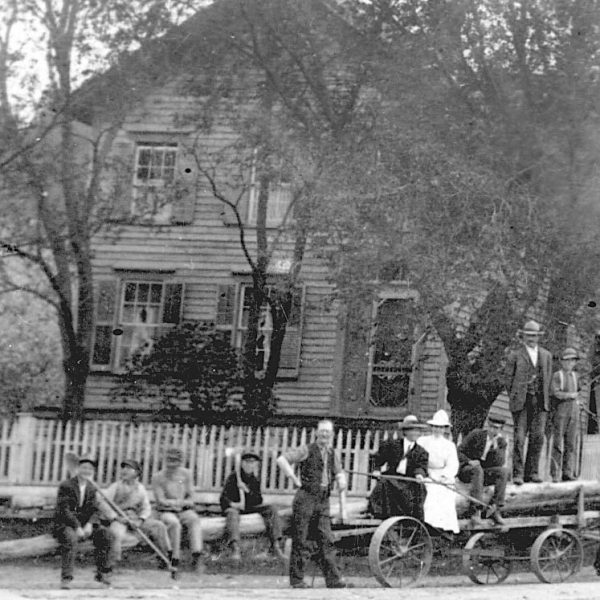 The first night that Blahnik and his son stayed in the lighthouse strange things began to happen.  Father and son worked on the lighthouse during the day and decided to settle into their sleeping bags in the first floor bedroom.  All of a sudden Blahnik woke up to see someone climbing down the steps from the upstairs lantern room.  Are you now starting to believe in ghosts now?  The weird thing, his son who was still sleeping were the only people on the island!  Blahnik said the footsteps were clearly human, and he listened as the footsteps went down the hall, passing through the living room and into the kitchen.  The footsteps headed towards the door, and the next thing he heard was the door click shut.  I’m pretty sure I’m now a believer in ghosts!

The ghost always seemed to appear on the first night Blahnik would return in the spring to open the lighthouse.  He would always hear the footsteps walking through the empty building.  He also said that his tools would disappear or move and end up in unusual places.  Blahnik said that the ghost always seemed friendly.  He always thought it was the ghost of the original lighthouse keeper, Lewis Williams.

Then you have a Sturgeon Bay couple that said their ghost is so real, he is now part of their family.  Their home sits about a block off the canal on Eighth Avenue.  They moved from Los Angeles to Sturgeon Bay in 1994.  Shortly after moving in, they opened a door and saw a man coming up from the basement.  He looked like a Native American from back in the 1700s.   The couple has felt his presence many times.  In fact, even having someone tape you on the head as you watch TV.  They gave the ghost the name “Black Bear”.  The couple believe “Black Bear” is a ghost to a doctor who lived in the home years ago.  The doctor found a Native American frozen on the canal one night in the winter.  They think the Native American’s spirit came home with him.

The family that lived in the house prior experience “Black Bear” too.  Their little boy said he saw a ghost going from the basement to the attic.

“Black Bear” gets a little loud from time-to-time.  When it happens, the family just shouts out to go back to the basement and the noise generally stops.