Today is Sunday and in Door County that means baseball.  Mark played and coached for a lot of years and now Joe is playing (I just talked to Mark and he said Joe hit a home run today!).  Eddy Allen who owns WDOR, has broadcast the games since 1968… Eddy is Door County’s version of Bob Uecker. I had to work today but ran down to the ball field in Egg Harbor to get a brat and snapped this photo of Eddy.. 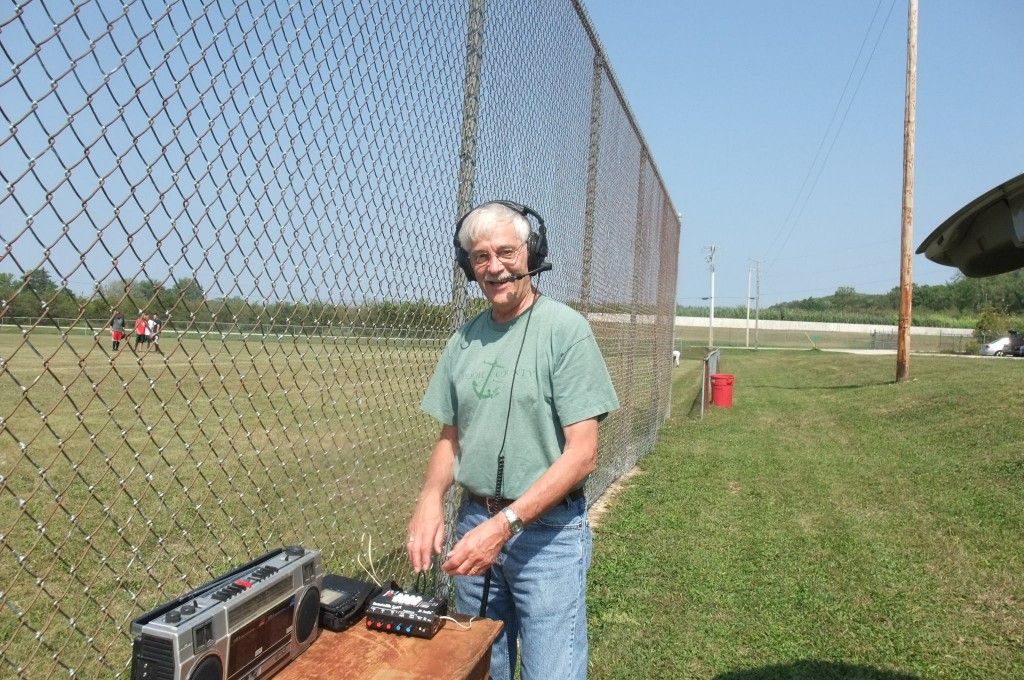 Eddy’s father started the radio station in 1951 and now Eddy’s son Danny Allen is following in his dad’s footsteps at WDOR.  I first met Eddy when I worked at the savings and loan in Sturgeon Bay in 1978 where I usually saw him at the post office. WDOR broadcasts many of Door County sporting events including Mark’s Northern Door Chiefs, so when I couldn’t go to the games I could at least listen to them which was great.  Thanks WDOR. 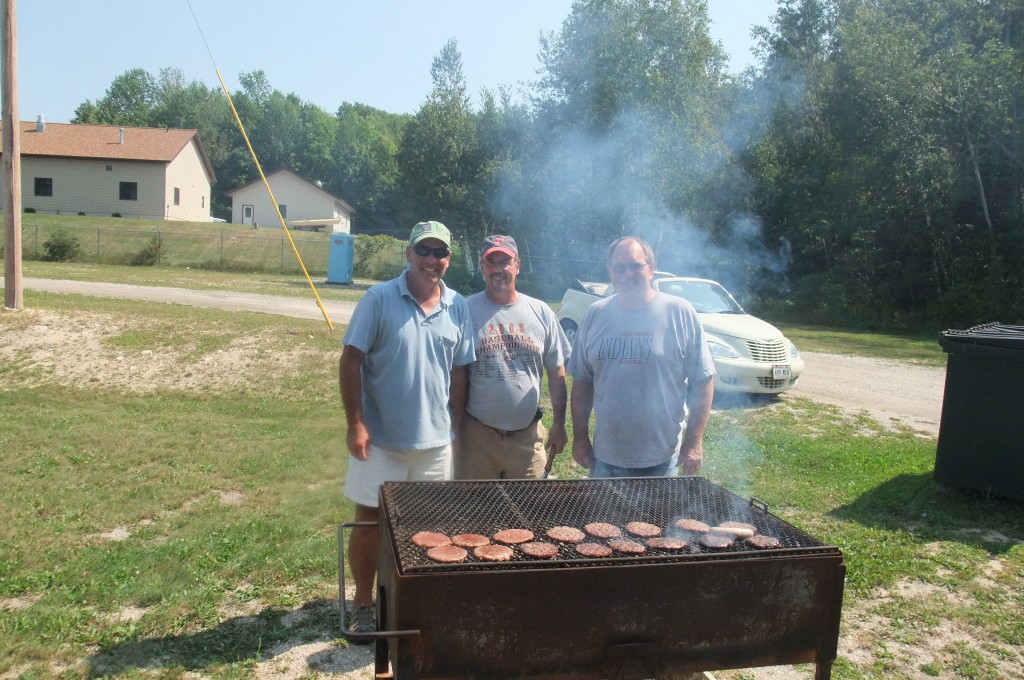 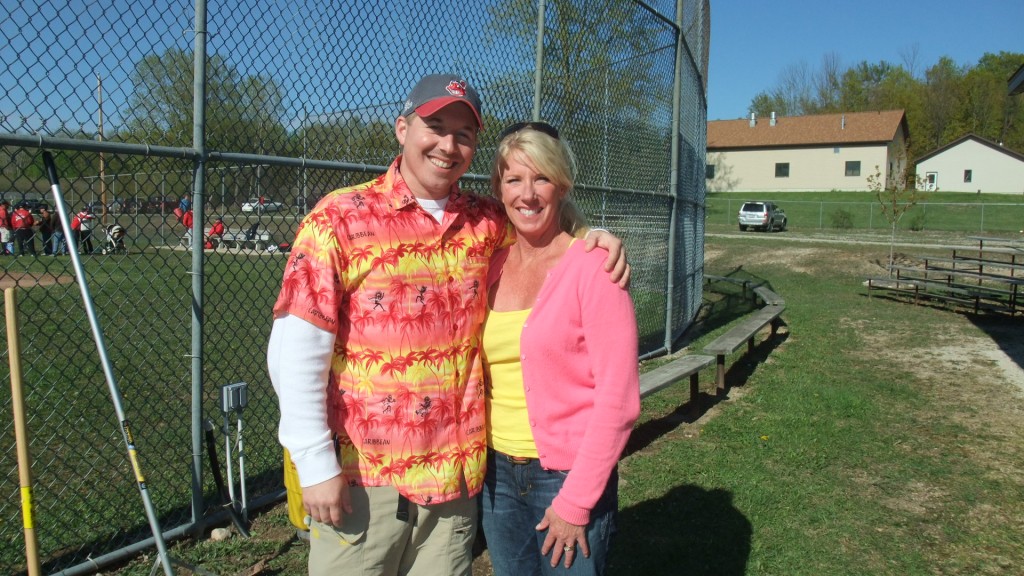 We coordinated outfits that day…  If you haven’t seen Jon’s Explore the Door Podcasts, you are missing out… he is a natural.  Check them out here.

Egg Harbor is in the playoffs and they beat Jacksonport (our arch rivals) today and will play Washington Island next Sunday.  Joe will have to come back from UW-Stevens Point to play.  He left right now but not before I took this picture of him and his packed to the gills truck. 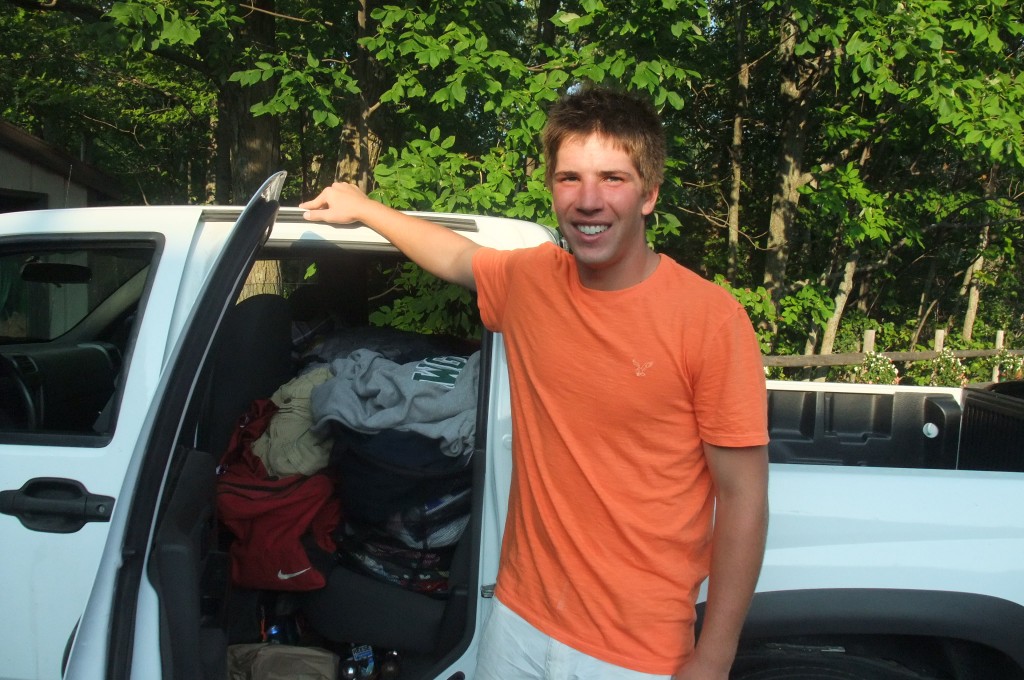 It feels a lot less sad this year, but we will still miss him tons.  Last year I was traumatized when he left. Don’t tell anyone but I think he was too.  He is super excited because he and his roommates waited in line for a long time in hopes of getting the dorm room with a kitchen… they did.  Dorms with kitchens? Give me a break, what ever happened to hot pots and ramen?  Joe’s Uncle Bert said today it sounds like burnt pizza to him… me too.

Egg Harbor‘s team has raised enough money for a well… hopefully that means real bathrooms eventually.  The players built their own beer/food stand a couple of years ago.  Door County League Baseball is a great way to spend what Nellie and Emilie like to call “Sunday Funday”.