I haven’t blogged in awhile but that doesn’t mean we haven’t been busy… quite the contrary.  We have had some beautiful weather in Door County, albeit dry.  We also haven’t had the extreme heat that counties and states south of us have been suffering from.

We have checked out a few restaurants of late.  My friend Ruth and I went to Galileo’s Italian Restaurant located in Liberty Square in downtown Egg Harbor.  When we walked in I saw my old pal Dale Kiehnau behind the bar. He used to own Peninsula Pub now owned and operated by Faye and Kyle Blank.  Faye’s mom Jerry is our “flower lady” at Egg Harbor Lodge.  Anyway it was good to see Dale… 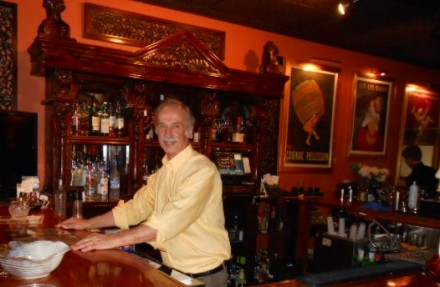 We both had the Spinach and Walnut Salad and the Baked Seafood Alfredo… yes, I am temporarily off my low carb diet.  Both were really good and I had two cards to get a free glass of wine each so we used those as well.  Other than having to leave temporarily to run back to the motel (it’s part of the job), we really had a nice evening.

A couple of days later we decided to head over to our good friend’s restaurant Mr. G’s Logan Creek Grille.  We went over early so we could have a drink at the Tiki Bar down by the creek.  Here is owner Bobby Geitner at the outdoor bar… 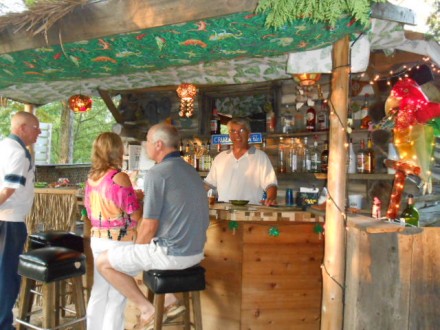 The guy to the left is Jerry Voelker of Jerry Voelker and the Jolly Gents a phenomenal polka band… Jerry plays the accordion.  His sweet wife Rosie was there too although I am not sure where she was for the pic.

Bob’s lovely wife Mary was cooking… I would have taken her picture too but she would have killed me.  We all ate Prime Rib and had their famous soup and salad bar.  Mr. G’s is one of our favorite places to go not only for the good food but for the company as well.

Our kids, (daughters Nellie and Emilie and niece Sadie) and Nellie’s friend Eric all participated in the Door County Triathlon.  I didn’t do it this year.  I have to get myself training for next year because as much as I love cheering them on it is not quite as fun if I don’t participate. 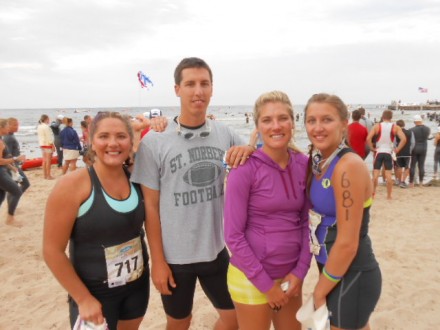 My little boy Joe and I were the cheerleaders… 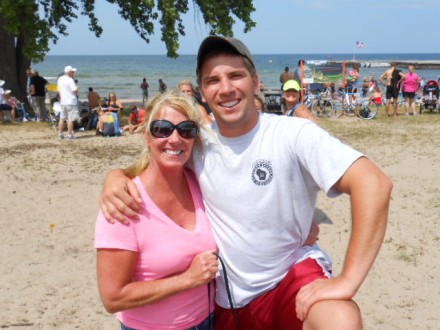 After the race we met Mark at Peninsula Pub for lunch.  They have a Bloody Mary LIST! I had the Bacon Bloody. You heard me, BACON BLOODY MARY with a HOT SLICE OF BACON AND A SAUSAGE…STRAW!!!! 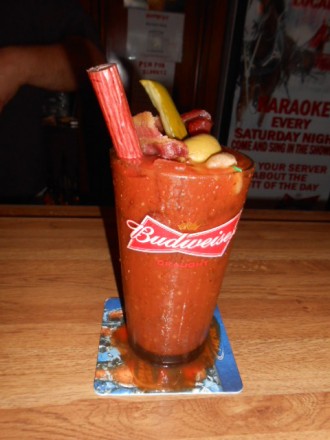 It was a little full and Sarah spilled. Yum, yum, yum… I talk about food and drink an awful lot don’t I??

The Door County Triathlon ran smoothly both days.  We had many guests at Egg Harbor Lodge that that participated and they all mentioned how well run it was.  Thanks to Sean Ryan the Race Director and all the Door County YMCA volunteers. Door County couldn’t operate without all the help from our volunteers… and that’s a fact.

I also saw Rachel Manek who is the co-anchor of Fox 11’s Good Day Wisconsin at the race.  She looks great and she said she was happy with her time.  Rachel has a lot of Door County connections.  She worked at Al Johnson’s (Go Bo!)and the old Hotel Du Nord during college and I believe she might have been married in Door County as well.  Rachel was the judge for Fish Creek’s 2012 Venetian Boat Parade along with our former Miss Wisconsin, Kimberly Sawyer.  Thanks for keeping connected Rachel! 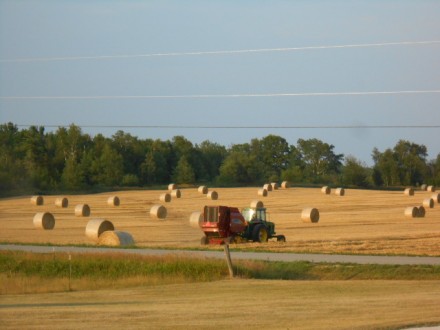 There is really nothing like Door County in the summer.