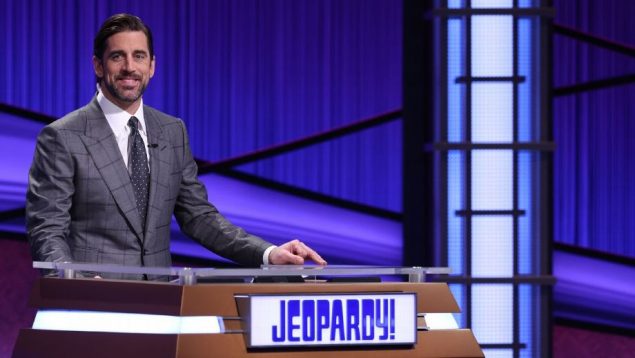 On Monday, Green Bay Packers quarterback Aaron Rodgers made his debut as guest host of Jeopardy.  Aaron will be hosting Jeopardy for two weeks.

In 2015, Aaron participated on “Celebrity Jeopardy” and raised $50,000 for charity.  Aaron has been a big fan of Jeopardy for years and was thrilled to host the show.

You have many chances to watch our star quarterback.  I watched Monday’s show and I thought he did a good job. 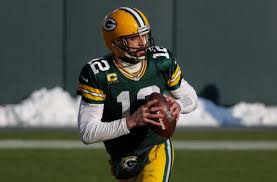 The Green Bay Packers season starts in September.   It would be a great time to visit Door County to watch a game.  We have rooms available!

Posted in General | Comments Off on DON’T MISS A VERY SPECIAL JEOPARDY!

HAPPY EASTER FROM YOUR FRIENDS AT THE EGG HARBOR LODGE

WE HOPE TO SEE YOU THIS SEASON! 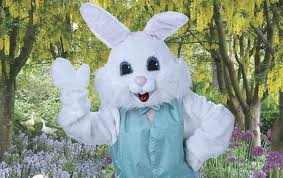 Posted in General | Comments Off on IT’S A BEAUTIFUL DAY IN DOOR COUNTY!

WHO DOESN’T ENJOY A CHRISTMAS MARKET?

I’ve always enjoyed traveling in Germany for their wonderful Christmas Markets.  I was excited to learn that Sister Bay has a new Christmastime event scheduled this November.  They plan on it becoming an annual event for visitors making it a marquee holiday event.

The event will be held the last weekend of November and the first two weekends of December on the grounds of “Corner of the Past Museum” in Sister Bay.  The Christkindlmarkt, will be a German-style Christmas street market, featuring 30 booths showcasing handcrafted gift items and goods made and sold by local artisans and vendors.  There will also be food and beverages providing German and northern European fare.   I can’t wait!

If you plan a trip this summer, you should check out the “Corner of the Past Museum” in Sister Bay.  You will see the historic 1875 farm house that was brought over the ice from Marinette, WI in 1885.  It has been restored with some of the original furniture and other early 20th century pieces.  You can wander the 7-acre site to see the sixteen restored historic farm buildings, cottages, sawmill, and logs cabins filled with authentic artifacts.

On Saturdays from June 26 – October 2 (9am-1pm) you can enjoy their farmers market. 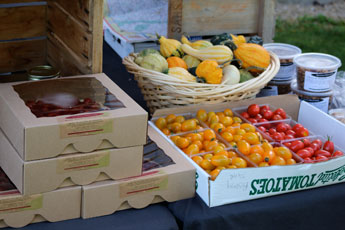 Posted in General | Comments Off on WHO DOESN’T ENJOY A CHRISTMAS MARKET?

In the summer of 1969, a wooden schooner, the “Mystery Ship,” was raised from the depths of the waters of Green Bay. The ship had sat on the floor of the bay for over 100 years.  I wondered how it was found near Chambers Island?  In November of 1967, a commercial fisherman’s nets became tangled in a depth of 40 feet in Green Bay.  The fisherman didn’t want to loose his expensive nets so he hired a scuba diver to free them.  Frank Hoffman, the diver, found the nets tangled in what seemed to be a ship’s mast. Diving deeper, he found an intact ship in the clay bottom of Green Bay.  Both masts and the hull were intact.  He kept his discovery a secret until 1968 as he had to secure the federal salvage rights.

In 1968, divers recovered artifacts from the ship.  Some of the items found were the captain’s writing desk, a brass locket, a wallet, clay pipes, a water pitcher a clock, an oil lamp, and three pennies!  He also find a crock of cheese still full!  Divers could only be in the water for fifteen minutes due to the cold water temperatures.  It was a tough process.

Marinette Marine arranged for them to use barges for the raising of the ship.  In July of 1969, the ship was successfully lifted off the bottom.  This underwater sketch shows how six powerful cables were rigged to the Alvin Clark at its grave site in 110 feet of water.  The cables were hooked up to a barge on water where men and women controlled winches that slowly lifted the 218 ton ship to the bottom of the barge for its underwater journey to Marinette.  The week before, the two masts were brought to the surface.  On Tuesday, July 29 1969 the “Mystery Ship” was lifted out of the water in Marinette. 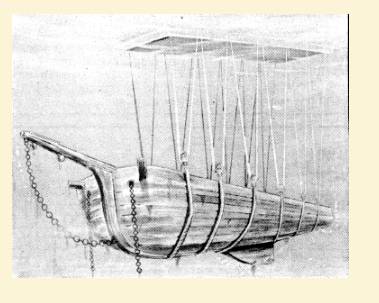 While all this was happening, they didn’t know much about the ship so they called it the “Mystery Ship”.  Eventually they found out that it was the “Alvin Clark” Schooner through newspaper accounts, national archives and the U.S. Coast Guard.  A stencil found on the ship was identified by one of the sailors on the Alvin Clark, Michael Cray of Toronto.  Michael was one of the two survivors of the sinking. 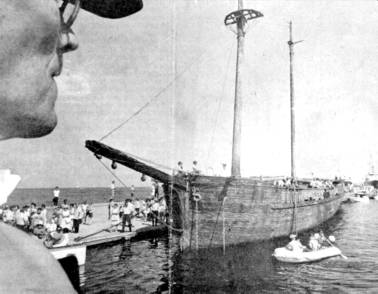 The lumber schooner was owned by Captain William M. Higgie of Racine. The Alvin Clark was running empty heading to Oconto on June 19th, 1864, when she capsized in a sudden storm just off the shores of Chambers Island. Built near Detroit, Michigan in 1847, the Alvin Clark was 105 feet in length, had a beam of 25 feet, and weighed 218 tons.

The biggest hurdle by Hoffman, so he thought, was raising it off the bottom.  He learned later that the cost of keeping it preserved was too much.  The ship kept preserved under water for 105 years.  Once exposed to temperatures it began to rot.  In May of 1994, the remnants of the Alvin Clark were demolished with a bulldozer. She was rotten beyond hope of saving and her owners were broke.  Although the ship is gone, the museum of artifacts still operates as the Mystery Ship Marina and Museum. It is located on the Menominee River in downtown Menominee, Michigan.

Posted in General | Comments Off on THE “MYSTERY SHIP”!

The new Lake Superior Scenic Byway wraps alongside the waters of Lake Superior for 70 miles.   Take in the beautiful drive through the Northwoods and stop for a short hike along Lake Superior.

The  Door County Coastal Byway wraps 66 miles around the Door County peninsula taking you out to the tip and back down again. Enjoy the view of Lake Michigan along both sides, as your drive takes you through many quaint communities in Door County.  Once you leave Sturgeon Bay, there isn’t a stop light for 66 miles.  Think of Door County as the Cape Cod of the Northwest!

Wisconsin now has a total of five scenic byways recognized by the FHA. The Lower Wisconsin River Road, the Nicolet-Wolf River Scenic Byways and the Great River Road, which runs from Northern Minnesota along the Western edge of Wisconsin all the way down to the Gulf of Mexico, are the other three stretches.

If you are looking for a place to stay during your journey, think of us!

Posted in General | Comments Off on NEW COASTAL BYWAYS IN WISCONSIN